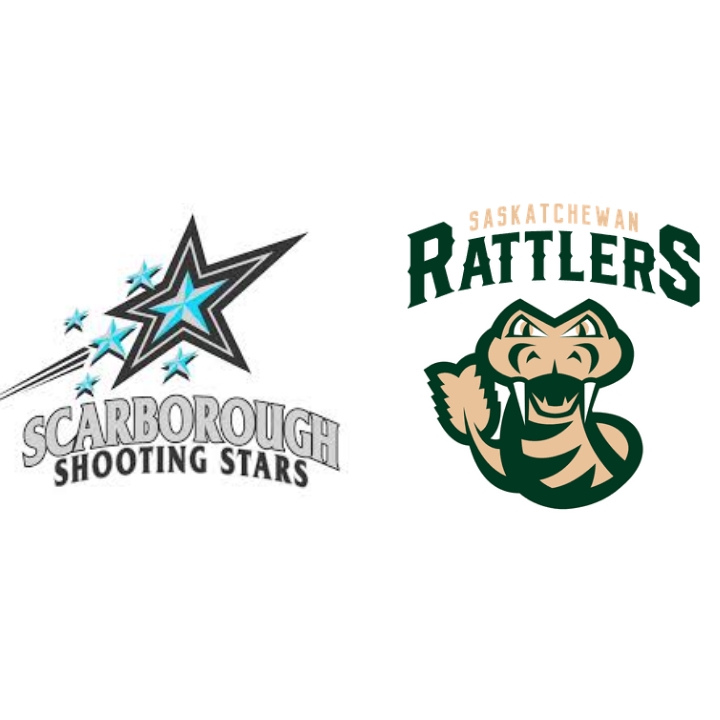 The Scarborough Shooting Stars let go of a 17-point lead in an upset 91-85 loss to the Saskatchewan Rattlers on Sunday night as Jalen Harris returned to the team.

Harris had been out for the past ten days after sustaining an injury in an 84-70 loss to the Hamilton Honey Badgers. His return comes just in time for him to get back into form for the playoffs with two games left. Harris struggled with shooting in his first game back, scoring 12 points, but contributed six rebounds and five assists.

The Rattlers struggled shooting from three throughout the first quarter and the newest addition to the Scarborough Roster, New Mexico State guard Teddy Allen, took the time to show off his ability to get the basket on his way to 18 points, nine rebounds, and four assists.

The lead grew to 17 points throughout the second quarter as the entire Scarborough roster got in on the fun. Isiaha Mike had another great shooting game scoring 20 points, and Kalif Young had 11 points.

After the break, Devonte Bandoo and Tony Carr would go on a tear to bring the Rattlers back into the game. Bandoo had 25 points, including six made threes, and Carr poured in a triple-double with 19 points, 11 rebounds, and 10 assists after shaking off a tough start to the game where he battled with Marcus Anderson and Allen on the perimeter.

Bandoo spurred the Rattlers into the fourth, and they took the lead for the first time since the first quarter, in Elam time, and Carr completed the comeback with a euro step drive to the rim and a free throw for the final point of the game.

Harris took a bump late in the fourth quarter and was seen favouring his shoulder but finished the game.

The win brings Saskatchewan right into the thick of the Canadian Elite Basketball League’s playoff standings, where three teams are currently tied with a 10-8 record for third place. The Shooting Stars will have a chance to carve out some separation in the standings in their next game at home on Thursday July 28 against the Fraser Valley Bandits –who sit just ahead of the three 10-8 teams with a 10-7 record– hence the game will be a key seeding match-up for the final standings.