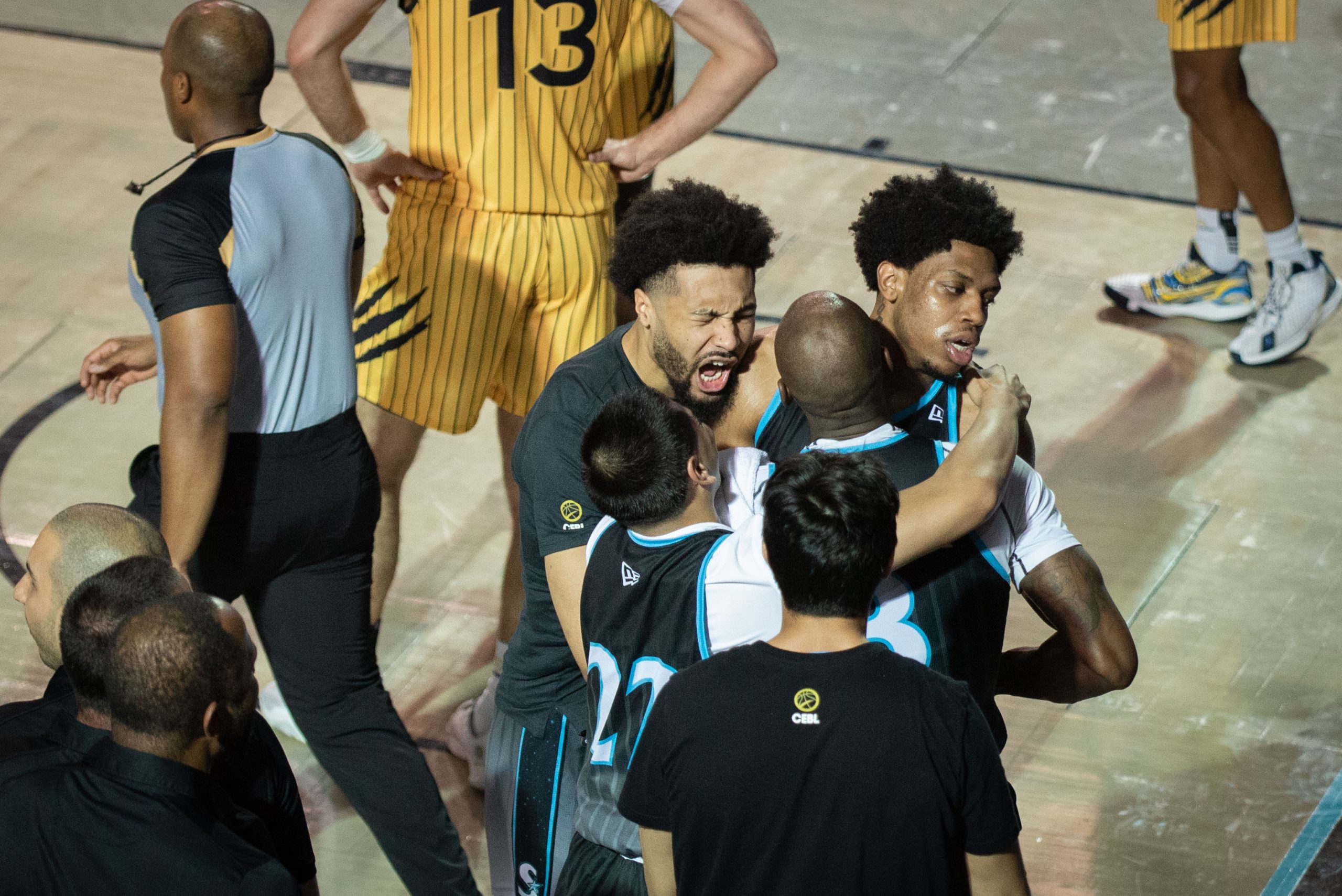 The Scarborough Shooting Stars (5-4) returned home for the first time in two weeks and took down the league-leading Hamilton Honey Badgers (7-3) 75-72 on a last-minute bucket from Kameron Chatman.

“I feel great. Honestly, that’s a huge win,” said Chatman, who led Scarborough in scoring with 21 points and five rebounds. “I’m super proud of my teammates.”

Scarborough led most of the game, with the league’s second-leading scorer, Jalen Harris, leading the charge with 18 points, five rebounds, and two assists, but an injury to Šarūnas Vasiliauskas shortened an already short lineup.

Shooting Stars head coach Chris Exilus didn’t have an update on Vasiliauskas’ condition after the game but said the guard wanted to play, but they ultimately held him out for the remainder of the game. With the only guard off the bench out of the game, Scarborough pivoted to a big lineup of Harris, Isiaha Mike, Jean-Victor Mukama, Kalif Young, and Chatman for the second half.

Hamilton took advantage of the lack of ballhandlers and was able to claw their way back into the game by pressuring Scarborough into turnovers and took a 66-59 lead into Elam time.

The big lineup for the Shooting Stars eventually paid off as the game slowed down in Elam time. They were able to string together a series of stops to tie the game, including a pivotal charge by Young that frustrated Hamilton’s head coach Ryan Schmidt visibly.

Unlike previously Elam endings that saw Harris dominate the possessions for Scarborough, the ball found its way into the hands of everyone in the lineups down the stretch, and Chatman capped it off with a baseline bucket to secure the win.

“Every man, all the way through, we were locked in and wanted to make sure we didn’t leave home without this victory,” said Exilus. “In the end, we just refused to lose, so we did whatever it took.”

Both teams were down players coming into the game, with Danilo Djuricic and Aaron Rhooms of the Shooting Stars being named to the GLOBL JAM U23 Canadian men’s training camp rosters. Scarborough also missed Kyle Alexander, who was named to the Canadian senior men’s national team training camp roster and will likely play in the FIBA World Cup Qualifier for Canada vs. the Dominican Republic on July 1 (Canada Day) in Hamilton, Ont.

While Exilus says it reflects well on his team to have so much representation on the national team squads, and the organization is happy for them to get the chance, for the next few weeks he will be working to make sure the “next man up” is ready while the national teams are playing.

“The guys who are here will have to step up and play, they’ll be ready, we’ll make sure they are,” said Exilus.