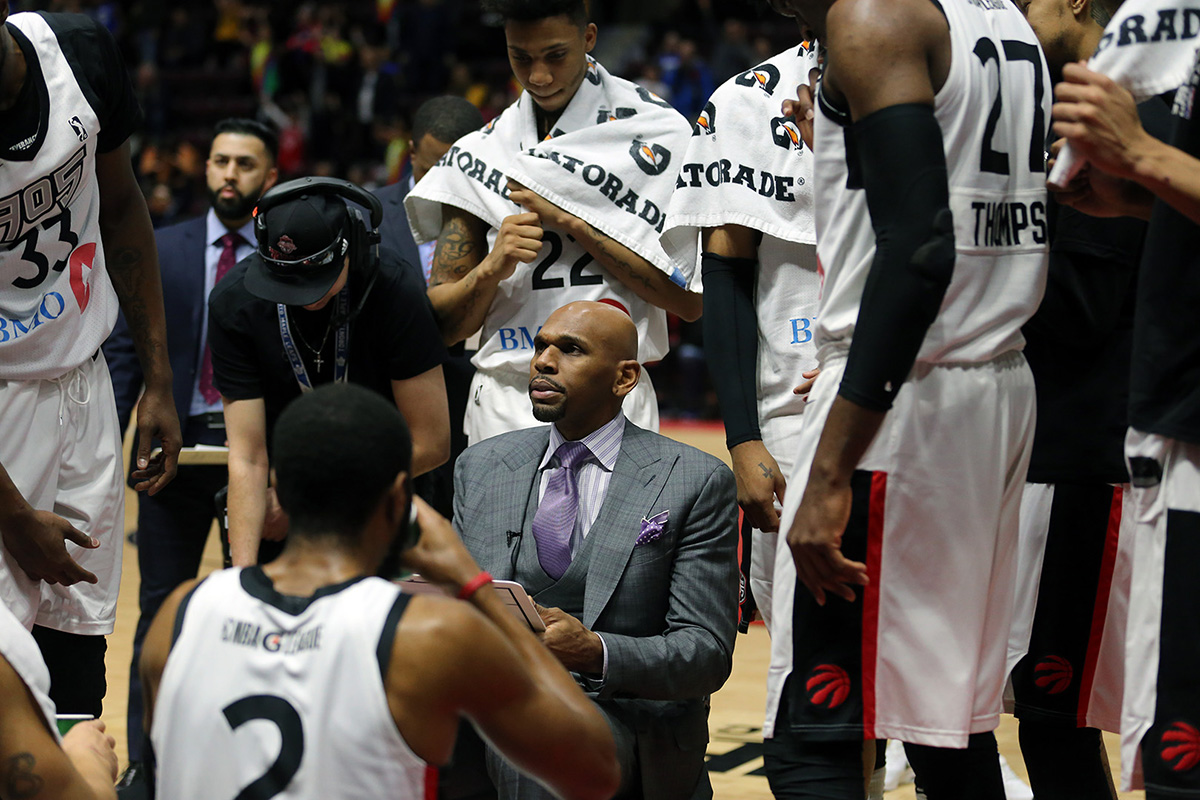 By Drew EbanksFebruary 18, 2018No Comments

(Mississauga, On) Raptors 905 Head Coach will be in L.A. for NBA All-Star Weekend with the Raptors coaching staff led by Dwane Casey. After the 905’s last home win over the Maine Red Claws, Stackhouse talked about coach Casey and the staff deserving this accolade and why Casey deserves to be rewarded for what he has done to make the Raptors one of the best teams in the NBA.

Stackhouse: “Man, it’s awesome. It’s awesome for Case to get 300 wins and to be able to represent the staff and everybody at All-Star. We’re excited. We’re gonna go out there and have some fun. You know Case. He’s probably gonna be somewhere watching film of whoever we’re playing after the break. He’s consistent in that way. You know, he always says success is fleeting and that’s what I try to stick by as well. I know that success is fleeting and you got to continue to work and he’s the one that shows that and displays that everyday, you know with his approach. So great for him. Happy for him. Happy for all those guys over there. Rex (Kalamian), with the job he’s doing with the defence and offensively things that Nick (Nurse) has done and our P.D. staff, with Jama (Mahlalela) and Big Cat (Jamaal Magloire) and all those guys. They deserve this weekend and we’re gonna have some fun.”

Toronto Raptors head coach Dwane Casey and his staff will coach Team LeBron at the 2018 NBA All-Star Game, which will be played Sunday, Feb. 18 at 8 p.m. ET at Staples Center in Los Angeles. Casey is the first coach in franchise history to earn the honour.

Under Casey’s leadership the Raptors have won three Atlantic Division titles and advanced to the postseason in a franchise-record four consecutive seasons. He has guided the club to a 294-230 (.561) regular-season mark in seven seasons, including the only two 50-win seasons in team history. Casey is the longest tenured coach in franchise history and is the team’s all-time winningest coach. He has earned the NBA Coach of the Month award five times (Dec. 2017, Dec. 2016, Jan. 2016, Nov. 2014, Dec. 2013). Casey is the only coach in franchise history to win the award multiple times.