ON POINT’S BRAND NEW “Summer Camp Series” Episode One features Canadian-born, Cleveland Cavaliers forward Tristan Thompson as #TeamOnPoint gets up close and personal with the Mississauga native at his 2nd Annual Basketball Camp at Humber College in Toronto.

Being a role model and someone positive for the youth to look up to means a lot to Thompson and he showed that while interacting and enjoying his week with the kids.

The former Texas Longhorn has steadily improved each year he has been in the NBA and was a very significant piece in a Cavaliers squad that made it all the way to the NBA Finals.

The sky is the limit for Thompson as he continues to carve his spot amongst all the great players in the best basketball league in the world. 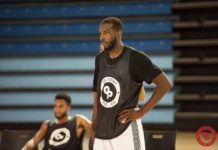 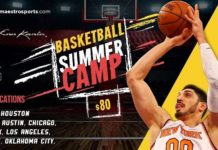