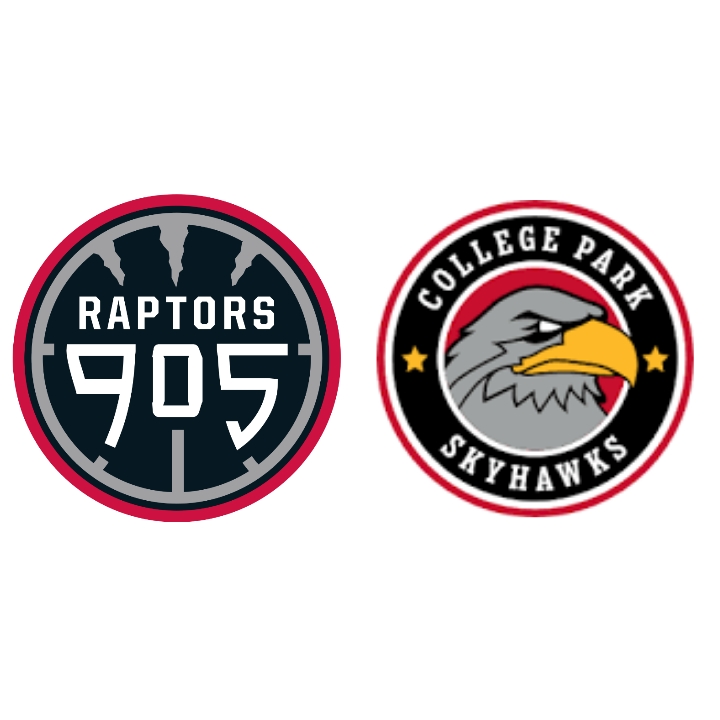 By Kyle OliveiraMarch 3, 2022No Comments

The Raptors 905 were victorious for the second-consecutive night as they defeated the College Park Skyhawks 128-104 in Mississauga.

The win improves the 905 to 17-6 on the season and moves them back into first place in the Eastern Conference.

It was a quick start for both sides in this one, as the NBA-level guys on the 905 showed their value early. Svi Mykhailiuk was on fire alongside Dalano Banton and Justin Champagnie, and it became evident early that the Skyhawks would be overmatched. The 905 led 30-22 after the first and built it to a 58-49 advantage at the half. The Skyhawks went on a run to open the second half but the Raptors were quick to reply through an assault from beyond the three-point line, re-opening the advantage to 19 points heading into the fourth. The final frame was much of the same as the 905 were simply too much, cruising to a 24-point victory in front of a raucous Paramount Fine Foods Centre.

Mykhailiuk was the man of the night especially in the second half, finishing with 40 points on 11/23 from the floor. Banton was his partner in crime for much of the evening, scoring 22 points and adding 12 rebounds for the double-double. Champagnie had a double-double of his own with 16 points and 10 boards, while Perry continued the double-double trend from the bench with an impressive 17-point 14-rebound night. Canadian Aaron Best got the 905 out of the gates early, scoring 13 points on 4/6 from the field.

“It was just good to see [Svi] play”, said 905 coach Patrick Mutombo post-game. “We needed all of his points, it was fun being able to watch him do what he does.”.

Armoni Brooks led the Skyhawks in scoring from the bench on Wednesday, finishing with 24 points on 50% shooting. Cat Barber had an impactful 16 points and 9 assists, and Marcus Georges-Hunt had 13 with 4 boards and 5 assists. Canadian AJ Lawson came alive late, finishing with 10 points and 6 rebounds.

The biggest advantage on the night was on the glass, where the 905 absolutely dominated the proceedings. The Raptors outrebounded the Skyhawks 69-40, and it set the tone from the first quarter. Even with pedestrian shooting numbers, the second chance opportunities created were enough to propel them to a blowout win.

“It was a game of runs”, said Banton after the win. “They punched back [in the third] and we just had to get back into what we did at the start of the game. We just need to be able to limit their runs, we have to be able to handle that moving forward”.

For the aforementioned Canadian Lawson, it was his first trip back to Canada with the Skyhawks. The South Carolina alumni has had a great first season in the G-League, averaging 11.4 PPG and 6.2 RPG. He’s started most of the team’s games and is one of their most impactful players on the floor, which is impressive considering he’s an undrafted rookie. The future is bright for Lawson and it was great to see him back home receiving a nice reception from the 905 faithful.

The lead atop the Eastern Conference standings for the 905 is now a full game, as the Motor City Cruise are right on their tail despite less games played. The top 6 in the conference advance, meaning the Raptors are in a great position to qualify for the playoffs.

The 905 will be back in action on March 6th as they travel to take on the Maine Celtics.