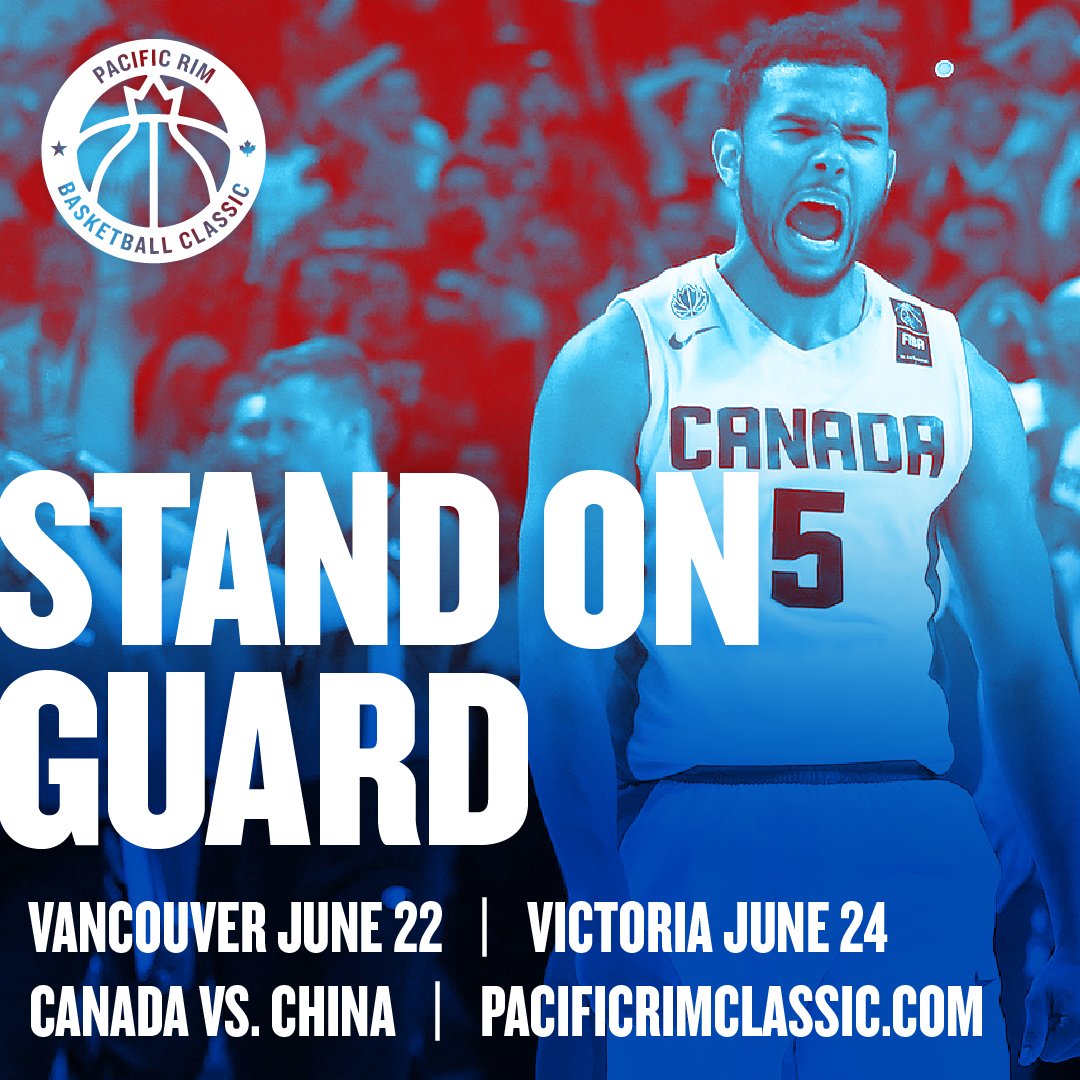 VANCOUVER, BC (May 28, 2018) – Canada Basketball announced Monday that Canada’s senior men’s national team will travel to British Columbia to face China in the Pacific Rim Basketball Classic in late June.

Rogers Arena in downtown Vancouver will host the Canada vs. China match-up on Friday, June 22 at 7:30 PM PT before the teams travel to the Save-On-Foods Memorial Centre in Victoria for a game on Sunday, June 24 at 5:00 PM PT.

Canada’s roster will feature some of the country’s biggest and brightest stars, including players playing professionally in the NBA, NBA G League and several of the top professional leagues overseas.

Head Coach Jay Triano, who played at Simon Fraser University from 1977-1981 before becoming the head coach of his alma mater from 1988-1995, returns to the Canadian bench after being unavailable for the previous two windows while coaching in the NBA.

“Some of the fondest memories of my basketball career are from all the years I spent playing and coaching in British Columbia,” said Jay Triano, Head Coach, Senior Men’s National Team. “Vancouver and Victoria have some of the most passionate basketball fans in the country and we’re excited to bring our team back to the West coast.”

It has been eight years since British Columbia has hosted an international competition featuring the Senior Men’s National team, and Canada Basketball is proud to partner with Sport Hosting Vancouver and the Greater Victoria Sports Tourism Commission to make this two-game series come to life.

“Vancouver continues to be a premier destination for marquee sporting events and we could not be more excited to welcome back Team Canada and Team China to the West Coast,” said Michelle Collens, Sport Hosting Vancouver Manager.  “It is a great opportunity to see Canada Basketball compete in advance of the FIBA World Cup qualifying games and bring world-class basketball to fans in our city.”

Reaching both Vancouver and Victoria markets with this calibre of basketball competition was an important strategic investment for Canada Basketball, as the organization continues to work to grow the game and inspire youth from coast-to-coast.

“The Greater Victoria Sports Tourism Commission is very excited to partner with Canada Basketball in bringing a game from the Pacific Rim Basketball Classic to Victoria,” added Keith Wells, Executive Director, Sport Tourism. “Our community is hugely proud to host and we look forward to giving both Team Canada and Team China a world-class experience.”

The Pacific Rim Basketball Classic will help Canada continue preparing for their quest toward the FIBA Basketball World Cup.

Canada resumes the FIBA Basketball World Cup 2019 Americas Qualifiers with a first-place showdown against Dominican Republic on Friday, June 29, before concluding the first-round with a Canada Day long weekend matchup versus U.S. Virgin Islands at The Arena at TD Place on Monday, July 2.