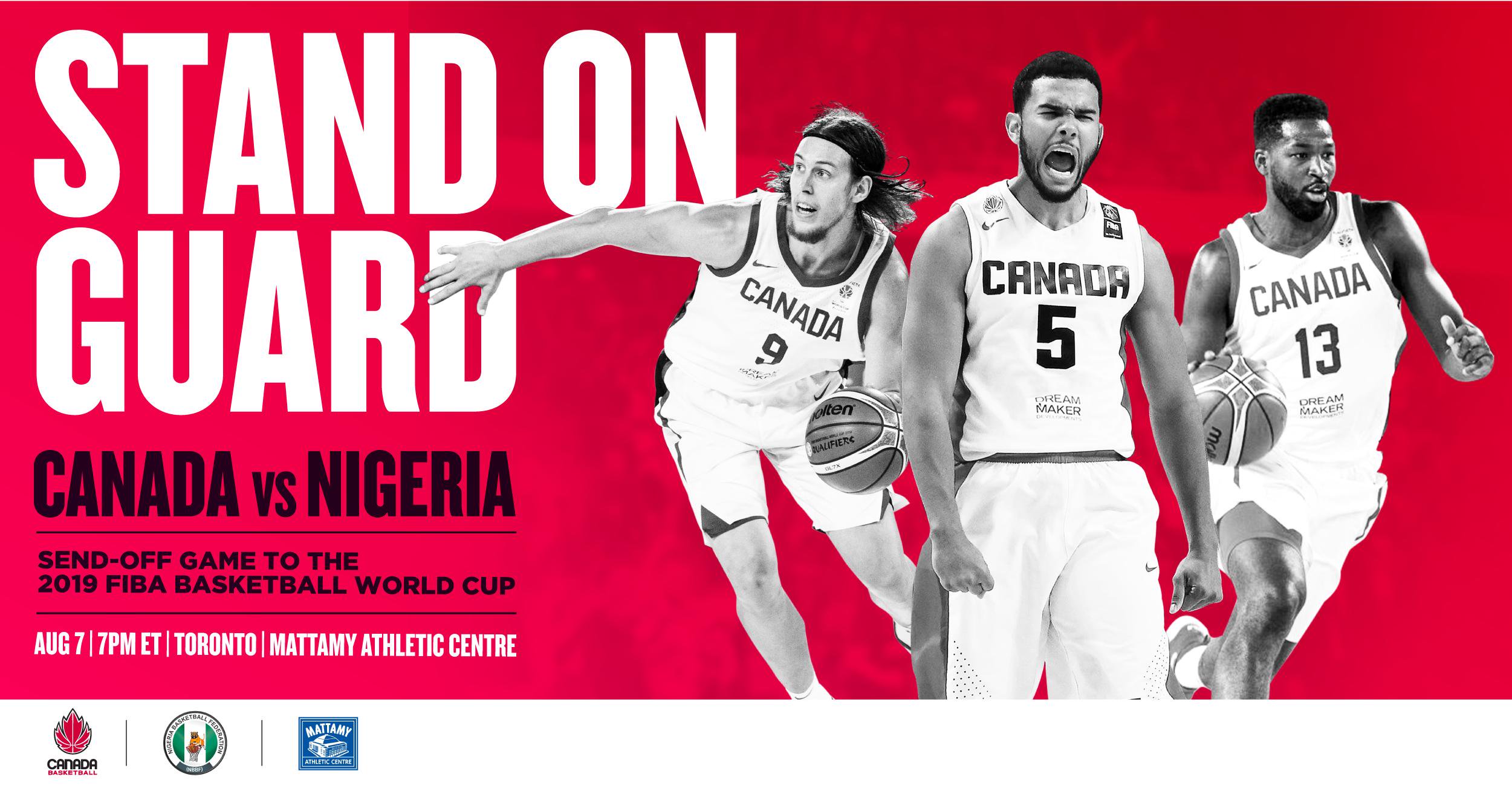 By Drew EbanksJuly 8, 2019No Comments

TORONTO, ON (July 8, 2019) – Canada Basketball announced Monday that the Senior Men’s National Team will face Nigeria at Mattamy Athletic Centre in Toronto on Wednesday, August 7 at 7:00 p.m. ET, to open the road to the World Cup.

This game will be an important matchup for both teams as they prepare for the FIBA Basketball World Cup 2019 in China (August 31-September 5, 2019).

Presale tickets are available now with general public on-sale beginning on Thursday, July 11, at 11 a.m. ET. Toronto tickets start as low as $35.00 plus fees and are available at mattamyathleticcentre.ca

Canada’s roster will feature some of the country’s biggest and brightest stars, including athletes playing professionally in the NBA and several of the top professional leagues overseas.

This game will be the first of a two-game series against Nigeria with the second game being played at Bell MTS Place in Winnipeg on Friday, August 9 at 8:00 p.m. ET.  Tickets start as low as $19.95 plus fees and are available at ticketmaster.ca.

Canada is heading back to the World Cup for the first time since the 2010 FIBA World Championship after finishing the FIBA Basketball World Cup Americas Qualifiers with a 10-2 record to lead Group F. One of the fastest rising basketball nations in the world, Canada’s depth was on display during the Americas Qualifiers as 36 different players represented their country over the course of the six competition windows to qualify for the World Cup.

Following the Canadian exhibition games, Team Canada will travel to Australia for a five-game exhibition series against Australia (August 16-17), New Zealand (August 20-21) and the United States of America (August 26).  Tickets for these games are on sale now from Ticketek.

The FIBA Basketball World Cup 2019 in China (August 31-September 15, 2019) will be the biggest edition of FIBA’s flagship event with a record 32 participating teams playing 92 games over 16 days.

Canada is in Group H along with Senegal, Lithuania and Australia for the FIBA Basketball World Cup 2019.