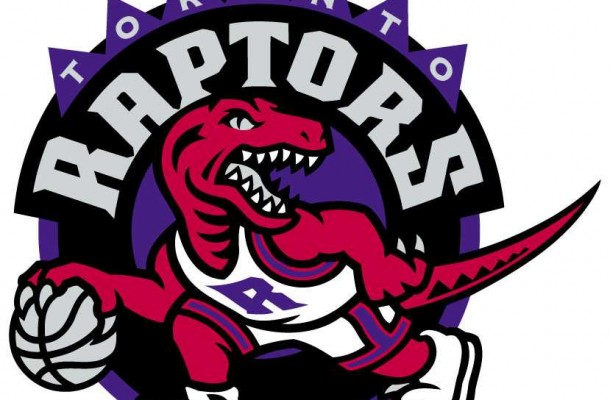 By Jaspreet GrewalOctober 21, 2017No Comments

Home » On Point Blog » That’s a Rap: Season Opener win over the Bulls

GM Masai Ujiri alluded to a culture reset at the conclusion of the 2017 NBA season, not long after the Cleveland Cavaliers conveniently swept the Toronto Raptors. Part of the change in philosophy pointed to a revamp in the offence.

Ujiri acknowledged that the team has made steps in the right direction, but that there’s another tier to success that the franchise has yet to reach: “We need to figure it out. Yes, there’s been some success, but at the end of the day we are trying to win a championship here. To me making the playoffs is nothing.”

Perhaps measuring that new style of play against a team on a downward spiral is the ideal thing to do, and that’s precisely what the Raptors did on Thursday in their 117-100 rout of the Chicago Bulls.

Toronto certainly struggled right out of the gate, but there were a lot of takeaways from the win. DeMar DeRozan looked like a completely different player, and while he only recorded 11 points on the night, he tallied five assists and made a clear effort to get others involved.

There was one point during the first when DeRozan curled off a screen, received the ball from Kyle Lowry, split through traffic while reeling in the defence, and proceeded to skip a bounce pass to the rolling Jonas Valanciunas. The play would lead to a turnover, but the alertness by DeRozan to see the double team and then continue to thread the needle (or at least try to) is the sort of philosophy Ujiri was hinting at in May of last season.

Here’s something you don’t see often, the Raptors shot 29 three-pointers (making 13 of them) and registered 26 assists in the game. One player who reaped the benefits of the happy-sharing offence was C.J. Miles. One of the knocks on Patrick Patterson and even DeMarre Carroll, to a much lesser extent, were their reluctance to fire away from the perimeter. Terrence Ross didn’t suffer from that, but he carried a sort of irrational confidence that hindered him more so than helped him. Miles, who would pour 22 points on six three-pointers off the bench, doesn’t suffer through that plight. The southpaw rarely sees a shot he doesn’t like (cue turnaround three-ball in the first half), and he also possesses a hair-trigger release, making it difficult for weak-side defenders to close out on him in time.

But it wasn’t just Miles and DeRozan who showed some positive signs. Jonas Valanciunas, Delon Wright, Norm Powell, and OG Anunoby were brilliant.

JV: Valanciunas will always be one of the more polarizing players on the Raptors. You love when he rebounds and scores well, but you find yourself screaming at the television when he pump fakes on open looks or misses bunnies inside that should really be easy dunks. JV had 23 points and 15 rebounds (8 offensive) in 30 minutes of time. He was aggressive, assertive, and made moves with conviction. I still haven’t fully bought into the whole three-ball thing with the ‘Lethal Lithuanian’ – but you can’t fault him for trending towards the new NBA where big men are beginning to step out. Val was a nice sight to see.

DW: This is what Raptors fans were expecting once there were murmurs of a potential Cory Joseph departure in the offseason. Wright has a unique set of tools that allows him to do a wide variety of things. He was crafty in small spaces against the Bulls and managed to split the seams on multiple occasions, leading to either a basket or at least a high-percentage shot. We already know Wright is an emerging defender who possesses the ideal frame to become an elite defender, but there were always variables surrounding his offensive play. Those concerns were not apparent on Thursday, where Wright would score 13 points and record five assists off the pine while effectively spearheading the bench unit when the starters struggled. Look for Wright to continue to share and split minutes with Fred VanVleet moving forward. Both players are capable of filling up the stat sheet on any given night, and the Raptors become that much more of a threat when they do.

NP: There’s not much that hasn’t already made the airwaves or at the very least been talked about by Raptors fans. The guy is a straight-up baller, fears literally no one, and is slowly becoming Dwane Casey’s most consistent scorer – outside of Lowry and DeRozan, of course. In 24 minutes, Powell scored 15 points, knocked down three trifectas, and kept the Raptors from completely imploding in the first quarter during their dry spell. It’ll be interesting to see if Powell maintains his hold on that starting spot, but so far it seems as though neither he nor Casey have any plans of changing that.

OG: It still baffles me that the Raptors were able to scoop up OG at number 23. Anunoby does not look like your average 20-year old. Perhaps it’s his bulky 6-foot-8, 215 lb. frame that confuses people. Nonetheless, the former Indiana Hoosier was unmistakable in his brilliance and it wasn’t because of his stats – he scored nine points on six shots – but because of his assertiveness and willingness to defend and score on anything he saw moving out there. OG was a menace down low and wasn’t afraid to get rugged against the Bulls’ big men. A few instances during the game should really excite Raptors fans. His first NBA points came off a spin-move dunk – a move that looked like something a seasoned vet would do, not a rookie. In one play he took a direct-line drive down the baseline, attracted defenders, and made a sneaky little lob pass to Jakob Poeltl for the easy lay in. OG certainly has the talent, physical tools, and IQ to really craft himself a role in the NBA, it will just take some time and development before he makes the leap as one of the top 3-and-D guys in the league.

The Raptors didn’t look especially good in their home opener. There were even instances where the team would revert back to the iso-ball play style that plagued them over the past few years. A lot of sloppy plays by Lowry and DeRozan bled into the rest of the team, as evident in their 17 turnovers. But the reason for the untidiness and lack of cohesion was because of the new style of play Casey is trying to implement. Great teams figure out how to win playing the right way, but it takes time and many failed attempts before it’s right. The Raptors will be no different.

Expect a lot more chaotic play moving forward, but also understand that mistakes will be mitigated, teammates will become more comfortable with each other, and guys will gain confidence.

It certainly wasn’t pretty on Thursday, but these are the kind of things that you hope to flush out of the system early in the season, not after April when teams are approaching playoff time.