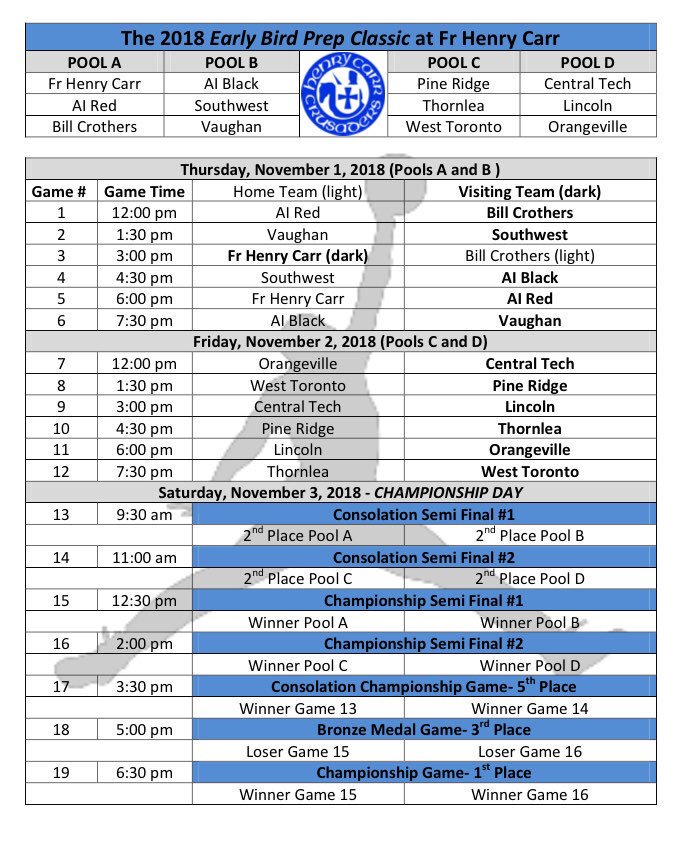 It’s that time again as one of the most anticipated events in GTA Boys basketball is upon us, the 16th annual Father Henry Carr Sr. Early Bird Prep Classic.

The event starts on Thursday November 1st and ends on Saturday November 3rd in the Father Ted McLean Gymnasium.

On Point Basketball is proud to partner with Father Henry Carr Head Coach, leader and mentor Paul Melnik as well as Zayne Wiilliams of Ill Minds Media to livestream broadcast the two semifinals games on Saturday November 3rd (12:30pm & 2pm), the Bronze medal game (5:00pm) and of course the Gold medal game at 6:30pm. On Point Basketball founder and CEO Drew Ebanks will call the play-by-play during the stream.

If you’re ready to see incredible team play, sensational individual highlights and take in one of the best basketball atmosphere’s in the city and perhaps the country make sure you check out the Early Bird Classic! On Point will definitely be ON LOCATION.