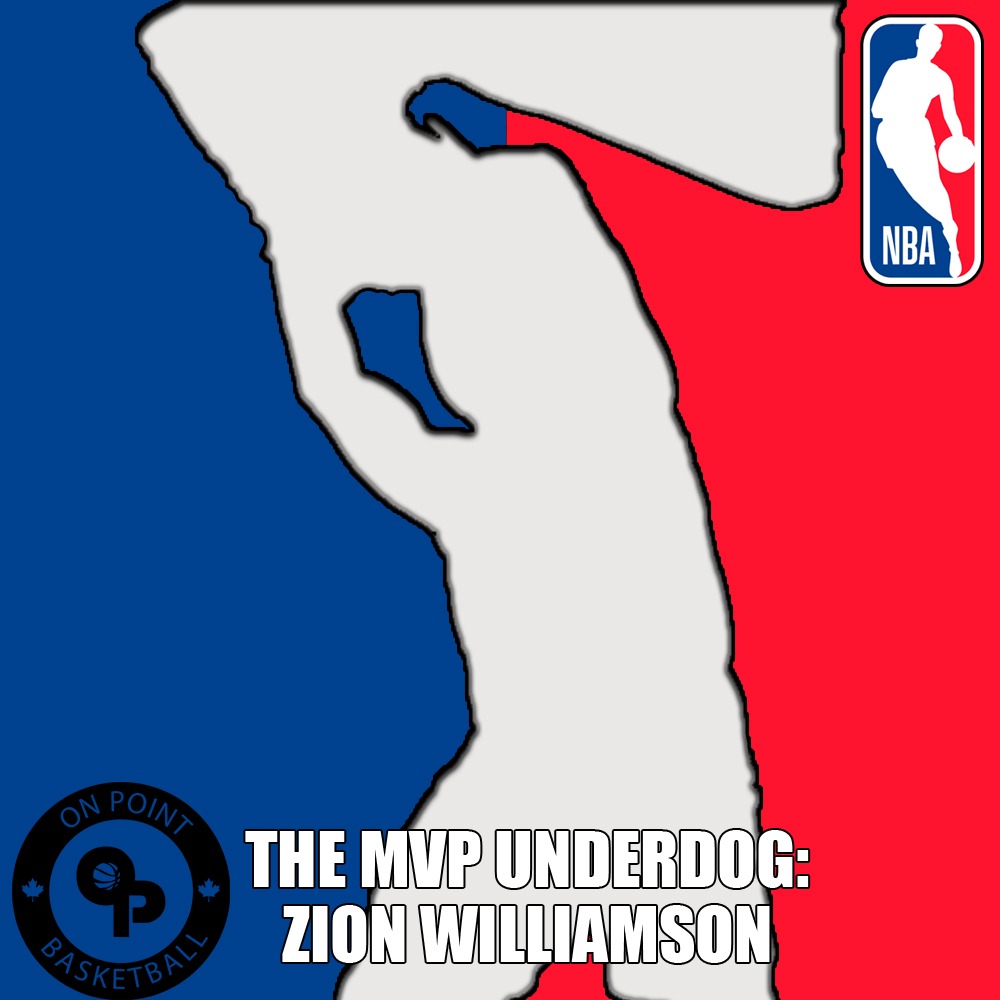 Special to On Point Basketball by Dave Monaco

The NBA MVP race is something that the sports world gets entangled in each and every year. It spurs debate and is driven heavily by the media. As a catalyst of MVP chatter, the media usually dictates who is deserving of the MVP. Those who understand the game more in depth, like scouts or coaches, aren’t able to convey their argument to listeners quite like the sports media professionals.  There are times where the media and sport professionals have opposing views and as a result the criteria that they use to determine who should be MVP become unclear and confusing.

Does team success affect the award, and should it? Why would an individual award be granted to the success of an entire team? If that’s the case, why not keep it consistent? If Giannis Antetokounmpo wins his second MVP award partly because of team success, but Russell Westbrook wins the award because of personal success as a 6 seed, there becomes an inconsistency in relation to this award.

For the sake of this article, team success is going to be ruled out to focus solely on individual impact.

This year in the NBA, the MVP debate has been narrowed down to three outstanding superstars: Stephen Curry, Nikola Jokic, and Joel Embiid. There was some talk about Chris Paul being in the conversation, but it is unlikely that he is a legitimate candidate. In fact, he may not even be the MVP on his own team.

There is a player, however, who has somehow flown under the radar and isn’t nearly getting the recognition he deserves. That player is Zion Williamson.

It is almost comical how the hype of Zion vanishes as soon as the media has a new rookie to focus on (LaMelo Ball). Only one year ago, Zion was being compared to LeBron James, now he barely gets mentioned. Is that because New Orleans is out of a playoff spot? If one dives deeper into the numbers, however, one will discover that Zion is doing things that really should put him in the MVP conversation.

Let’s take a look at some stats to see if Zion deserves to be in the MVP conversation.

When the media looks at MVPs they often present box score stats to support an argument as to why certain players should be the MVP or not. Here are the box score stats from the respective MVP candidates and Zion Williamson.

Each player, just by their statistical numbers, can make their own case for MVP. Curry has been on a tear shooting the ball this season. He led the league in scoring (2nd time) and did it while almost shooting 50-40-90, which is incredibly impressive.

Nikola Jokic is putting up numbers that you rarely ever see from a Center. Jokic is 6th in the NBA in assists per game and has more double doubles (57) than most players have games played. What he’s doing is unprecedented for a player at his position, and because of this, he should definitely be the front runner at this moment.

Joel Embiid has been an absolute monster for the Sixers this season. Embiid has the highest PER in the NBA this season, making him one of the most efficient scorers in the league. He has continued his dominance all year and has made his own case for MVP this season.

Then there’s Zion. The Pelicans are not in a playoff spot, and some even believe that Brandon Ingram is still the best offensive weapon on the team. With all of that being said, Zion is putting up MVP numbers and is being severely overlooked.

Zion holds his own against these candidates in all box score statistics. He may be 3rd in PER in this group, but he’s still 4th in the entire NBA. He also shoots the best percentage of the group by a significant margin.

This article may not convince you that Zion deserves to win MVP, but rather that, he deserves to at least be in the conversation.

Ranking these players in these categories:

The box score stats are pretty evenly scattered across the board. Some statistics like eFG% and PER may hold more value than the traditional stats, but it would be difficult to decipher who the MVP is solely on these statistics.

A further analytical approach to determine who should be the MVP is to look at advanced statistics. Advanced stats will give one a better idea of how the player impacts the game on a possession-by-possession basis.

Here are a few advanced stats on the MVP candidates and Zion Williamson:

In the basketball analytics community, Points Per Possession (PPP) is one of the best ways to determine a player’s impact with the ball offensively. PPP takes into account shooting results, turnovers, and free throws connected to any possession.

This statistic gives one a better understanding of the players impact on every possession.

With the baseline being set at a minimum of 40 games played and a minimum of 8 offensive possessions per game, this is how the candidates ranked among all qualified players:

Each of these players rank in the top tier of the league as expected. Zion, however, is very well in the thick of things. He ranks second amongst this group which is a testament to his offensive efficiency each and every possession.

Another great statistic to measure a player’s ability to get the ball in the basket is Score %.

Score % is the percentage of a player’s possessions where they scored at least 1 point. This is a good measurement to see how often these players make good use of their offensive possessions. To meet the requirements for this ranking, the players must average at least 8 offensive possessions per game and must have played a minimum of 40 games.  Let’s see how our candidates rank among all qualified players.

In this statistical category, Zion ranks the best in the group by a fairly significant margin. This indicates that from a pure scoring standpoint, Zion makes the most of his offensive possessions.

It would be unfair to downgrade Stephen Curry based on his low ranking in this particular statistical category. Bigs rank more favourably in this statistic because of their shot selection. Guards, who tend to shoot lower percentage shots, usually don’t rank as high. Among guards, Curry ranks 12th.

Defensive PPP is just a PPP measure, but on the defensive side of the ball. In other words, it is used to determine how many points per possession a certain player allows on a per possession basis.

The requirements for this category are for a player to play a minimum of 40 games, and to be an on-ball defender a minimum of 8 possessions per game.

Here is how our candidates rank among all qualified players:

This statistic reveals that Jokic may not be as bad as a defender as many presume, but also that Zion Williamson can hold his own with some of the best defensive players in the NBA.

Similar to how Defensive PPP is PPP on the defensive end, Defensive Score % is also a measurement of how effective a player is at stopping the opposition from scoring at least 1 point per possession.

The requirements for this category are for a player to play a minimum of 40 games and to be an on-ball defender a minimum of 8 possessions per game.

Here is how our candidates rank among all qualified players:

Again, Zion Williamson ranks at the top amongst the MVP candidates. Zion’s main criticism was his inability to stop anybody on the defensive side of the ball. Critics were concerned about Zion’s on-ball defense because of his lack of height for his position. Once one dives deep into the statistics, however, it appears that his height doesn’t seem to be hurting him at all. Zion’s athleticism and strength has put him amongst the best defenders, statistically speaking, in the NBA.

Overall, this analysis does not point to a clear MVP winner. The goal of this article is to shed light on the fact that Zion Williamson should at least be in the MVP discussion. He may not be the front runner to win award, but to not consider him as a candidate at all seems irrational.

Whether the MVP ends up being awarded to Jokic, Curry, Embiid, or even Chris Paul, this season, there will always be opinions that a different player should have won. Perhaps it’s time that people start considering Zion Williamson in the MVP debate as well.