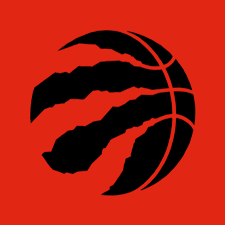 Three keys to success for the Toronto Raptors season ‘restart’

By Kyle OliveiraDecember 31, 2021No Comments

The Omicron variant has spread across professional sports leagues like wildfire in the month of December, with the NBA in particular experiencing an excess in cases and players being sidelined.

Much like last season, the Toronto Raptors were unfortunately hit hard with the virus, resulting in almost the entire roster being placed into COVID-19 protocols at one point or another. After several postponed games and few where they were forced to field a squad that may have not even been of G-League calibre, the Raptors are finally coming back to health.

As of December 30th, the only two Raptors remaining on protocols were Justin Champagnie and Isaac Bonga, and they should be able to return shortly. On the injury side of things (which was almost equally as damning before the postponements), only David Johnson is on the IR with a minor calf issue.

All of this is important in saying that for the first time all season, the Raptors are mostly healthy. From Pascal Siakam missing extended time at the beginning of the year to OG Anunoby being out with injuries and COVID, the Raptors have yet to field a consistent starting lineup through the first 31 games of the season.

Still, the Raptors find themselves floating around the play-in tournament picture at 14-17, tied for the tenth and final spot. Toronto will be in the hunt for the remainder of the season, and with the band finally getting back together, it’s the perfect time to examine some keys to success for what is essentially a “season restart” for the organization.

Through December 30th, the Raptors have the worst bench in the NBA in terms of scoring, averaging 24.4 PPG, a full 3 points below 29th place Chicago. It’s possible to pick up wins without an elite bench (the Bulls are a great example), but Toronto doesn’t have the firepower in the starting lineup to solely rely on their big names.

The Raptors have been a team with great benches and depth players over the course of the past decade, but many of the depth pieces have been moved over the past few seasons. Even a player such as Matt Thomas, who was moved last season, would make a tremendous impact for this current iteration which struggles to put up points.

Out of the current crop of bench players, it has been a mixture of underperformance, and simply the level of talent. Guys like Yuta Watanabe, Toronto’s Dalano Banton and Svi Mykhailiuk have been great when their number has been called, but they are young role players with limitations to their games. Canadian Khem Birch has been a nice piece when he’s come off the bench, but injuries have gotten the better of him thus far. The remaining crop of players are those that either have minor roles or those that have been disappointments, notably Canadian Chris Boucher who’s struggled to find a consistent level this season, and new addition Goran Dragic who has unfortunately been dealing with a variety of issues since his arrival.

When you go up and down the list, there aren’t many bonafide high-level players on the bench, and it’s the first time it’s been that way for a while. You can ask for more out of a guy like Boucher, or out of someone like Malachi Flynn, but the reality is that there aren’t many places for Nick Nurse to go. Especially during a COVID season, the second that injuries or protocols get involved, this bench is pushed to the absolute limits as there really isn’t any depth to the roster.

Although the team is in a rebuild, it still doesn’t feel like they should be running the worst statistically bench in the league. If Masai Ujiri and company made a few depth additions before the trade deadline, it would really pay dividends over the remainder of the season. The names don’t have to be flashy either, a shooter or two similar to the aforementioned Thomas would work wonders for this team, as the biggest issues aren’t on the defensive side of the floor. When the bench unit comes in, the offence stalls immediately, and a few minor additions could help elevate this reserve unit from the basement and alleviate some of the pressure on the starters from here on out.

Is Small Ball the Answer?

The Raptors have made a conscious effort from the top down to develop a new style of roster, with a bunch of long-wing spanned athletes around 6’8/6’9 that are capable of switching positions. The idea seems great on paper, but the postionless small-ball approach has predictably not worked well on the glass, and it’s been one of the Raptors biggest issues this season.

Toronto were dead last in rebounding last season, and are once again 30th in defensive rebounding this year, although good offensive rebounding numbers bring them to 19th overall. Defensive rebounding (or a lack thereof) has cost the Raptors multiple games already this season. Late in a game, they simply don’t have the height required to box out on a miss, and have gotten burned in the final few possessions more than once.

If Ujiri and Webster want to play with a postionless philosophy then Raptors fans should put their trust into the system, but to not have a single player taller than 6’9 on the roster doesn’t make much sense. To piggyback off the previous key to success in regards to the bench, a big man addition to the second unit would be extremely welcome. Toronto would still be able to play their desired brand of basketball, but a 7-footer off the bench would allow for them to match other teams’ lineups, and finally have an answer for when the others team’s Centre is feasting on the offensive glass with little resistance.

If the Raptors want to string together wins and move up the Eastern Conference, a 7-footer on the roster (even just one on the bench) would make a world of a difference and solve a chunk of their defensive rebounding issues almost immediately.

If the Raptors hope to make it in to the play-in tournament they’re going to have to turn some close losses into wins. Since the departure of Kawhi Leonard, the Raptors have been without a star offensive threat that they can rely on in the last minute, and it’s already cost them multiple games this season.

They’ve tried it with Siakam, and he has shown an inability to create good looks in crunch time without another superstar on the floor. Fred VanVleet has been given opportunities at the end of games, and it’s been much of the same thing. Anunoby has been the most improved player in a Raptors uniform; especially when it comes to isolation shot creation, but he still isn’t the polished scorer that you want with the ball as time expires.

Besides bringing in an outside scorer before the deadline which is not likely, Gary Trent Jr. is a name that should be at the forefront of this conversation. Trent Jr. has been one of the Raptors most consistent offensive weapons all year, and has proven in the past that he can be clutch when it matters. Trent Jr. should be the man with the ball in his hands until further notice, as he has the potential to swing close results in the Raptors favour for what feels like the first time in over two years.

The Raptors are far from a perfect team, but that should be the expectation. They are a team in the midst of a reconstruction, and it’s expected that inconsistent results are a part of the process. What’s frustrating to many fans though is that there is talent on this roster, and they should have a better record than they currently do.

With just a few additions to the bench and better organization at the end of games, the Raptors could have a winning record, and with how clumped together the Eastern Conference is, could be anywhere as high as 6th.

Moving forward, the future of the franchise will rely on the front office. If they want to turn this into a full rebuild, and finish near the bottom of the standings for a few more seasons and collect draft picks, they will likely stand pat at the deadline. If they want to make this a re-tool and play exciting basketball now however, they are only a few minor moves away from a playoff appearance, which would be special for a fanbase that has endured so much both on and off the court over the past 18 months.

Next game: Friday December 31st as the Raptors host the Los Angeles Clippers at the Scotiabank Arena at 7:30pm