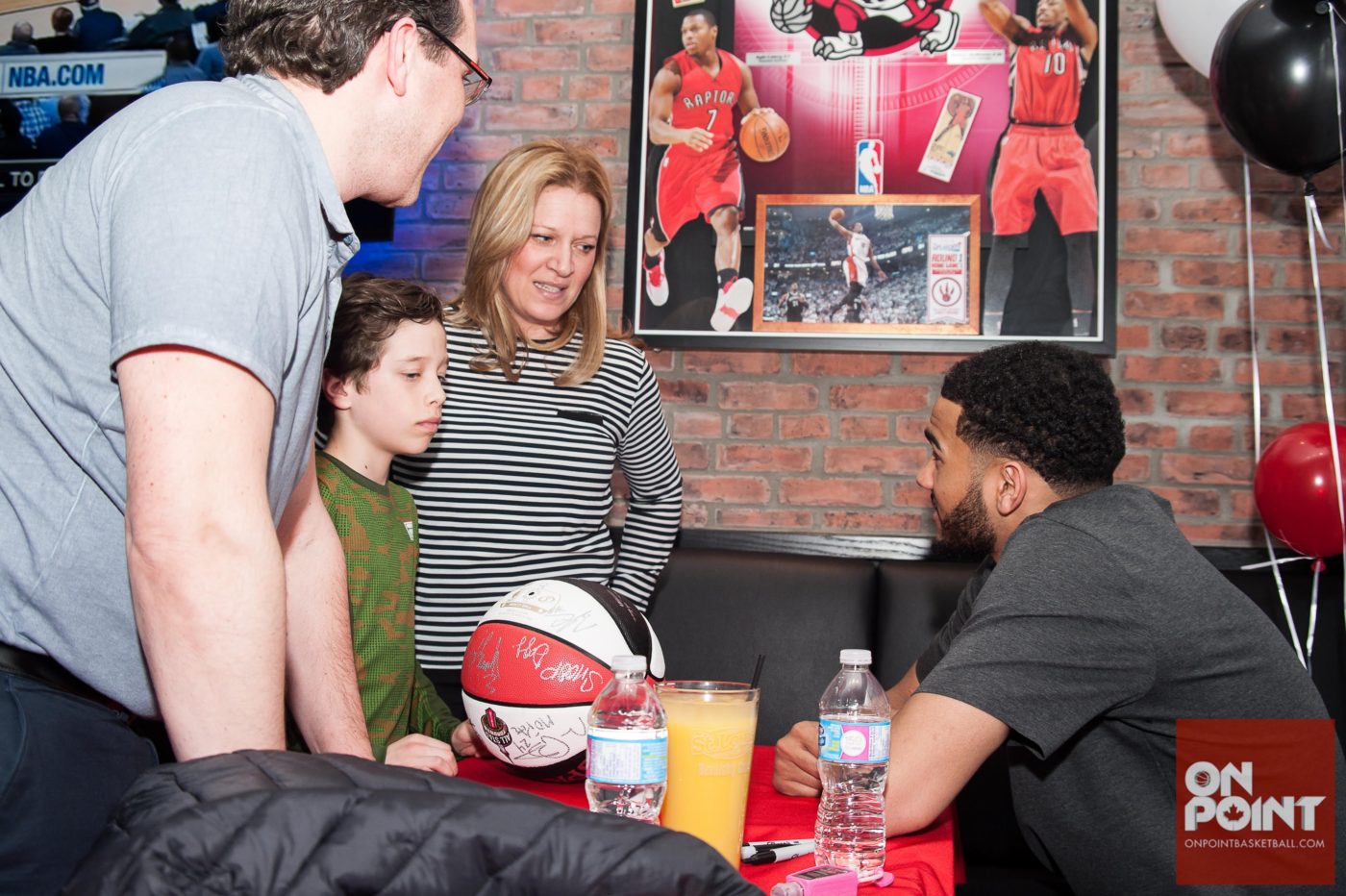 On Point Basketball was On Location at the brand new St. Louis Bar & Grill in Pickering, Ontario, Canada as Toronto Raptors Point Guard Cory Joseph attended a meet and greet with fans, friends and family. The event was another way for Joseph to give back to the community of his hometown of Pickering.

Tons of great fans, food and fun awaited Cory as he was able to interact with supporters from all ages and backgrounds.

Joseph is having a great playoffs anchoring the Raptors second unit while playing starter minutes, but remains humble and grounded while becoming one of the team’s leaders.
On Point also spoke with Cory’s father David “DJ” Joseph and Key Hoops Elite Head Coach Richard Scott.

Special thanks to Cory Joseph, David Joseph, Kevin Joseph and Key Hoops Elite coach Richard Scott as well as St. Louis Bar and Grill in Pickering for their hospitality.