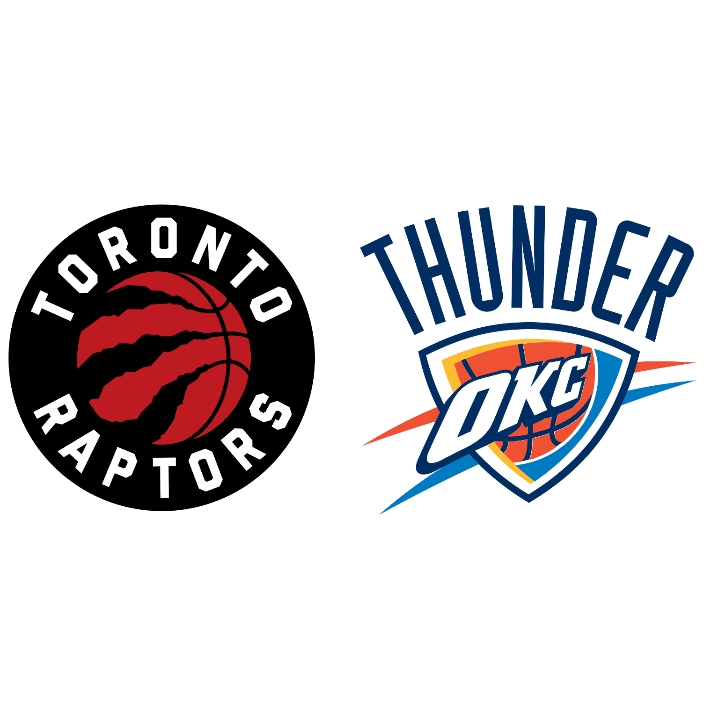 The Toronto Raptors had a game winning basket overturned at the end of regulation, leading to a 110-109 loss to the Thunder at Scotiabank Arena on Wednesday night.

The Raptors were without OG Anunoby, Khem Birch and Precious Achiuwa on Wednesday night, but still entered as the favourites versus the rebuilding Thunder. Everything went according to plan for Toronto in the first quarter, as they jumped out to a 10-point lead led by Gary Trent Jr. A second quarter stalemate gave the Raptors a 64-54 lead at the half, but as it has been for much of the season, the third quarter was their undoing. The Thunder dominated the quarter 33-12, with the biggest impact coming from Canada’s own Shai Gilgeous-Alexander, who was unstoppable for much of the night. The Raptors fought back in the fourth to make it a contest, and trailed by 1 point with 8 seconds to play. After Fred VanVleet’s last-possession-shot was blocked, Justin Champagnie tipped in the game winner for the Raptors as time expired. The team flooded the court to celebrate, but the replay showed that the ball left his hand after the buzzer and the basket was overturned, giving the Thunder the narrow road win.

The Raptors leading scorer in the loss was Trent Jr., who scored 24 points on 10/17 from the field. Siakam was a big contributor once again with 23 points and 11 rebounds, while VanVleet flirted with a triple-double; amassing 19 points, 8 rebounds and 9 assists. Rookie Scottie Barnes was impressive, finishing with 18 points and 8 boards. Canadian Chris Boucher made his first start of the season on Wednesday due to injuries to Achiuwa and Birch, and scored 11 points with 7 rebounds in just 22 minutes. The Raptors once again got very little from their bench, which is currently ranked dead last in the NBA.

Oklahoma City got big performances from a pair of Canadians in the win, with Gilgeous-Alexander scoring 26 points with 9 assists, and Luguentz Dort scoring 22 points with 6 rebounds. Darius Bazley shot an efficient 7/8 in 32 minutes of work, while Josh Giddey contributed with 13 points and 8 dimes. Kenrich Williams was the Thunder’s top performer off the bench, finishing with 9 points, 3 rebounds, 4 assists and 4 steals.

The Raptors bench was outscored 29-14 on the night, continuing the trend of losing bench battles. They were so shorthanded against the Thunder that bench points might be an unfair mark, but Toronto’s second unit has been abysmal all season, and a bit of a lift from any of the reserves in the third quarter would’ve turned this loss to a win.

The game came down to the final possession, where the Raptors lack of end-of-game-offence reared its ugly head again. Champagnie had the tip to win it at the buzzer, but the shot beforehand was an extremely contested prayer from VanVleet, who has made a habit of taking ill-advised shots in crunch time. With only 8 seconds left the play call was always likely to be an iso, but the Raptors have struggled with end of game possessions since Kawhi left, and the pattern continued in Wednesday’s loss, with the biggest issue being the lack of a late game closer on the roster.

The loss drops the undermanned Raptors to 12th in the Eastern Conference, a game and a half out of the final play-in position.

Toronto will be back in action on Friday to take on Canadian RJ Barrett the Knicks, while the Thunder welcome in LeBron James and the Lakers on the same night.