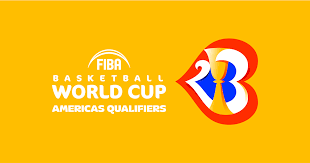 Canada will face Venezuela on Thursday, November 10, 2022 (7:10 p.m. MT) before taking on Panama Sunday, November 13 (5:10 p.m. MT) as the team looks to qualify for the FIBA Basketball World Cup 2023 at home.  Both games will be held at the Edmonton EXPO Centre and broadcast live on Sportsnet.

Canada Basketball has partnered with the Canadian Elite Basketball League (CEBL),​​ City of Edmonton and Explore Edmonton to host these upcoming games in Edmonton.

The players attending training camp and participating in the fifth window of the FIBA Basketball World Cup 2023 Qualifiers are part of a broader Senior Men’s National Team player pool that has committed to representing Canada internationally over the course of the next several years in the lead-up to the Paris 2024 Olympic Games.

After wins over Argentina and Panama in August during the fourth window, Canada (8-0) remains the only undefeated team in the Americas and sits atop Group E followed by Venezuela (7-1), Argentina (6-2), Dominican Republic (5-3), Panama (2-6), and Bahamas (2-6).

Eighty national teams will play games across six qualifying windows to secure their place among the 30 teams who will join hosts Japan and the Philippines in the 32-team edition of FIBA’s flagship event.

In the Americas region, 16 teams will face off over two rounds with the three best teams from each group, and the fourth-placed team qualifying for the FIBA Basketball 2023 World Cup.  For additional information on the format of the FIBA Basketball World Cup 2023 Qualifiers, click here.

Canada is currently ranked 15th in the FIBA World Ranking presented by Nike.