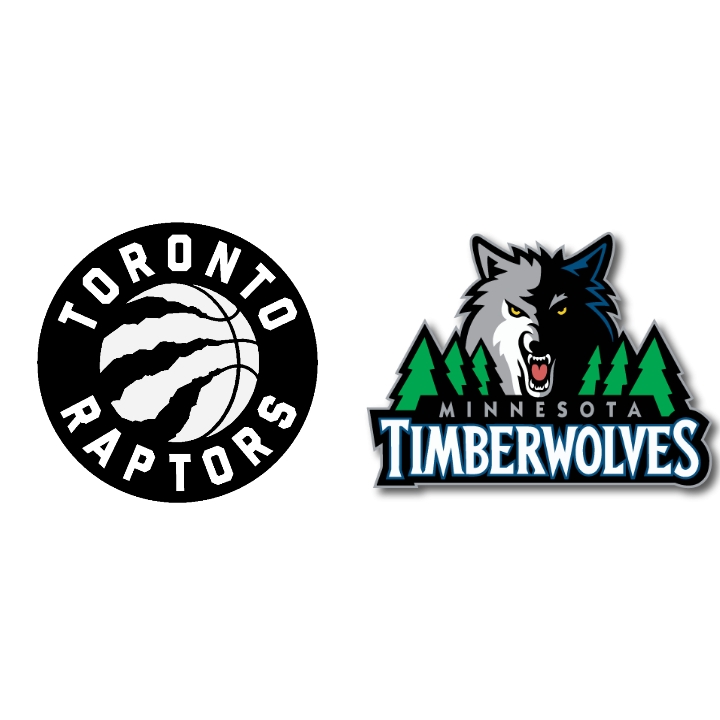 Trent Jr. scores 30, Toronto Raptors get back in win column with 103-91 victory over Timberwolves

By Kyle OliveiraFebruary 17, 2022No Comments

Home » On Point Blog » Trent Jr. scores 30, Toronto Raptors get back in win column with 103-91 victory over Timberwolves

The Toronto Raptors ended the unofficial first half of the season on a good note, defeating the Timberwolves 103-91 in Minnesota on Wednesday night.

The Raptors were coming off of perhaps their worst performance of the season in New Orleans but responded quickly in this one, getting out to a 30-23 lead after the first quarter. With Fred VanVleet out the clear plan was to get the ball to Gary Trent Jr., and it worked for a majority of the night. The second quarter was different though as the Wolves battled back through Karl-Anthony Towns and took a 2-point lead into the half. The third was a wash, but the fourth quarter was where the Raptors were finally able to assert consistent dominance. Impactful performances by Trent Jr. and Pascal Siakam mixed with a relentless defensive effort began to push the game out of reach, and the result became a comfortable one as the final minutes expired, giving the Raptors an important road victory.

The aforementioned Trent Jr. was the difference maker on Wednesday night, scoring 30 points with 5 rebounds and 2 assists. Siakam was his partner in crime with a near triple-double stat line of 17 points 9 rebounds and 9 assists. OG Anunoby scored 10, Scottie Barnes had 9 and Khem Birch was solid in his starting duties, scoring 8 points with 4 boards. The Raptors a 3-man rotation for the most part with Thad Young, Chris Boucher and Precious Achiuwa, and they all delivered. Young had his best game in a Raptors jersey scoring 10 points with 5 rebounds, Boucher grabbed 10 rebounds and Achiuwa had 11 with 6 boards. It was a productive night from a Raptors bench that doesn’t have them often.

Towns led the way for the T-Wolves in the loss, scoring 24 points with 11 rebounds for the double-double. Patrick Beverly had 10 and D’Angelo Russell had 9, while Anthony Edwards had a night to forget finishing with 6 points while going 0/8 from the floor. Jaden McDaniels had an impressive 18 off the bench while Taurean Prince pitched in with 9.

It was a good night on the glass for the Raptors considering the size Minnesota has, outrebounding the Timberwolves 48-42.

The Timberwolves shot a measly 39% from the field and 23.8% from three, a combined result of tough defence and missing makeable looks. Minnesota certainly didn’t do themselves any favours, but the Raptors played well on the defensive side considering they were missing their captain in VanVleet, and looked very organized coming off of a blowout loss.

The Raptors remain in 7th place in the East following the win, now trailing the 6th place Celtics by only half-a-game. There’s a lot to play for following the all-star break as the Raptors have a chance to get an automatic playoff berth in a top-6 spot, while also being 6 games out of missing the playoffs altogether.

Toronto will be well-represented for All-Star weekend, with Fred VanVleet participating in the All-Star game and 3-point shootout while Scottie Barnes will feature in the Rising Stars game.

The Raptors regular season resumes on February 25th in Charlotte against the Hornets.