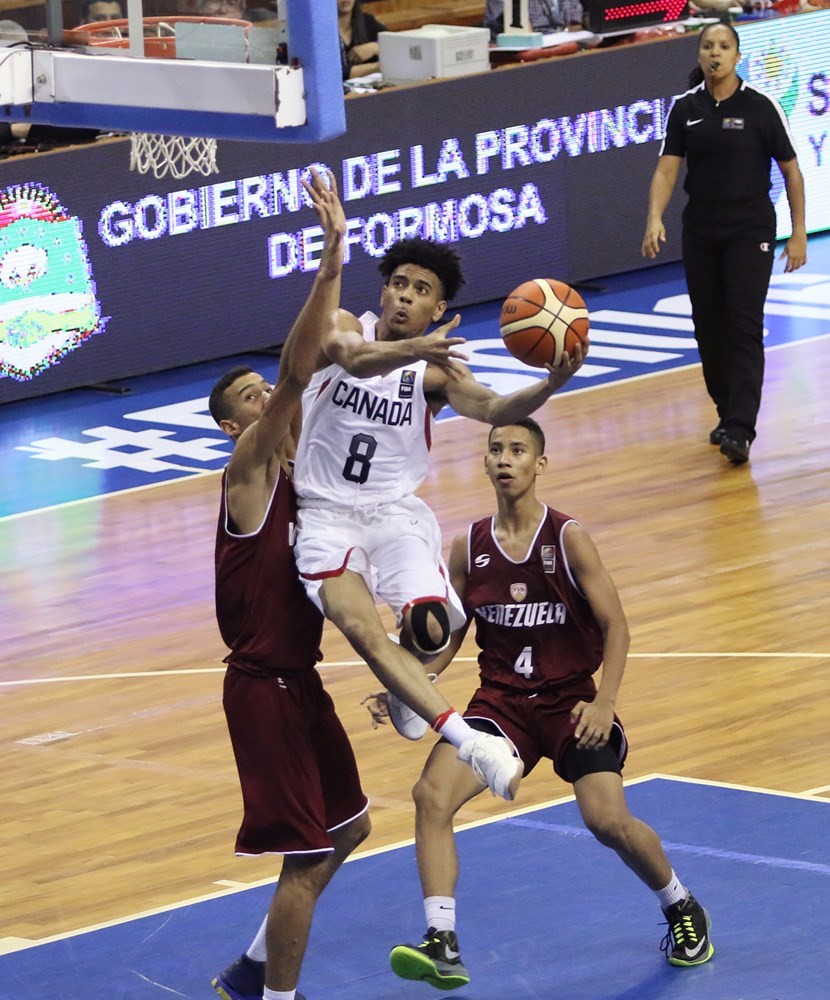 FORMOSA, ARGENTINA (June 16, 2017) – Canada’s U16 Men’s National Team defeated Venezuela, 80-43, in the final game of the group phase at the 2017 FIBA U16 Americas Championship. Taryn Todd (Vaughan, ON) had a team-high 13 points, while Luka Sakota (Etobicoke, ON) added 11 points, 5 assists and 4 rebounds to lead a well-balanced Canadian attack.

Malachi Ndur
QUOTES
“We’re happy to be through to the next round and we’ve got some very tough games ahead of us. The team seems to be coming together, but obviously our toughest games are ahead.” – Craig Beaucamp, Head Coach“I thought we played well on the defensive end, but we have to play better offense and get ready for the next game. We’ll have to play good defense (tomorrow) against Puerto Rico’s guards.” – Taryn Todd (Vaughan, ON)

UP NEXT
Canada will face Puerto Rico on Saturday, June 17 in the semi-finals of the FIBA U16 Americas Championship. The game tips off at 5:45 PM EST. Click here to catch the game and get live stats.