“I am incredibly proud of everything our staff and players gave to representing our country over the past month. To go 6-1 in the World Championship and place the highest we have in this age group is a special accomplishment we will treasure,” said Head Coach Roy Rana.

“Our young players continue to lift Canada on the basketball map and our talent pool continues to deepen. We are all just honoured to represent our country and strive for excellence every time we step on the court.”

Defence was the story of the day. Canada held Italy to 22.7% shooting, including 5-29 from beyond the arc.

Team Canada set the tone from the opening tip. The Italians struggled to break down the perimeter defence and were forced to settle for long jumpshots. Canada’s offence took a while to settle in but hit their groove in the back-end of the period to win the quarter 25-9.

There was no relenting in the second quarter. The depth of the U19 Men’s National Team allowed Canada to continue to play good defence. Italy improved slightly to score 12 points, but Canada would drop in 18 to win the quarter. At half, Rana’s squad led 43-21.

Italy had a significant margin to cut down after half but Canada’s defence would not waver. The half-time adjustments helped Italy slightly, but the European side could not get past Canada’s length. Italy’s defence was at its best, but Canada still outscored them 16-13 to increase their advantage to 59-34.

Team Canada finished the game with a strong quarter. The offence clicked a bit better than the previous quarter and the defence was as stout as it had been all game. The U19 Men’s National Team would win the period 18-10 and the game 77-44.

The fifth-place finish is Canada’s best result at the FIBA U19 World Championship event. Previously, Canada’s best finish was sixth-place.

For the full roster and coaching staff, click here. 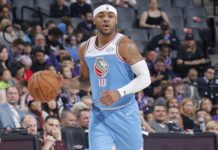