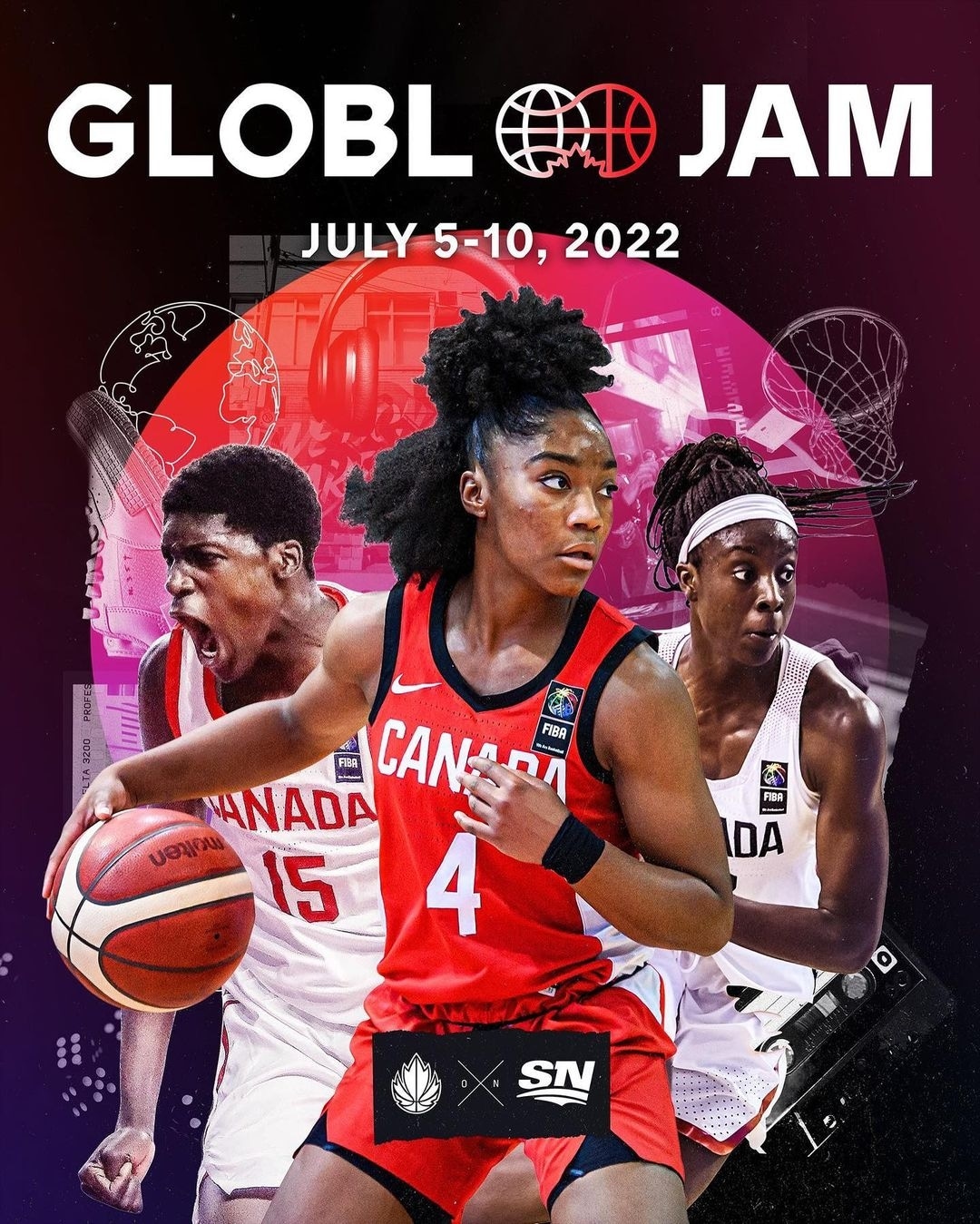 – Anchored by a world-class Under-23 tournament, the inaugural celebration of basketball, community and culture is set to take over downtown Toronto in July 2022 –– International competition to feature men’s and women’s teams from Canada, United States, Brazil, China, France, Belgium and Italy –

TORONTO, Ont. (March 22, 2022) – Furthering a shared dedication to growing the sport of basketball across Canada and around the world, partners Sportsnet and Canada Basketball today unveiled plans to launch GLOBL JAM, a first-of-its-kind international basketball showcase in Canada.

Uniting fans on and off the court, GLOBL JAM will also feature festivities at Yonge-Dundas Square that celebrate the intersection of sport, art, and culture, as well as play host to the Canada Basketball 3×3 National Championships.

“As a country, Canada continues to be one of the top producers of elite level basketball players in the world,” said Michael Bartlett, President & CEO, Canada Basketball. “However, there remains a limited number of tournament options for our athletes, and GLOBL JAM will provide a unique development opportunity for our next generation of players to represent Canada in international competition on home soil. When we welcome the world to Toronto this summer for GLOBL JAM, we will do so with a commitment to not only deliver a world-class experience for teams and fans, but an event that has been designed with an intentional focus on gender equity engrained in all aspects of the competition and athlete experience.”

Recognized by the International Basketball Federation (FIBA), the GLOBL JAM men’s and women’s tournaments will feature two pools of four teams, respectively, competing in round-robin action July 5-8. Teams that advance to the semifinal round will meet on Friday, July 9, followed by the Championship games on Saturday, July 10.

As Canada’s #1 sports media brand, Sportsnet will serve as the exclusive broadcaster of GLOBL JAM, delivering full-court coverage across its national channels and streaming services. Full coverage details, including broadcast team and schedule, will be announced at a later date.

“At Sportsnet, we are proud to join our partners at Canada Basketball to continue growing the game of basketball through a one-of-a-kind, net-new international event,” said Bart Yabsley, President, Sportsnet. “With the creation of GLOBL JAM, we have the incredible opportunity to shine a spotlight on basketball’s up-and-coming talent, tell their stories and ultimately have a positive impact on the women and men who represent the future of basketball. This event not only presents Canadian athletes with an important event to test their skills against players from other countries, but also enhances Sportsnet’s portfolio of the best basketball properties in Canada.”

Tournament passes for the first GLOBL JAM showcase go on sale to the public on Wednesday, March 30 at 12pm ET with single session tickets released at a later date. Visit globljam.ca for more information. Tournament details, team rosters, festival information and more will be announced closer to the event.

As announced last February, Sportsnet and Canada Basketball joined forces on a multi-year partnership to grow the game of basketball from coast-to-coast. Uniting far beyond the broadcast, GLOBL JAM marks the first international collaboration for the partnership.