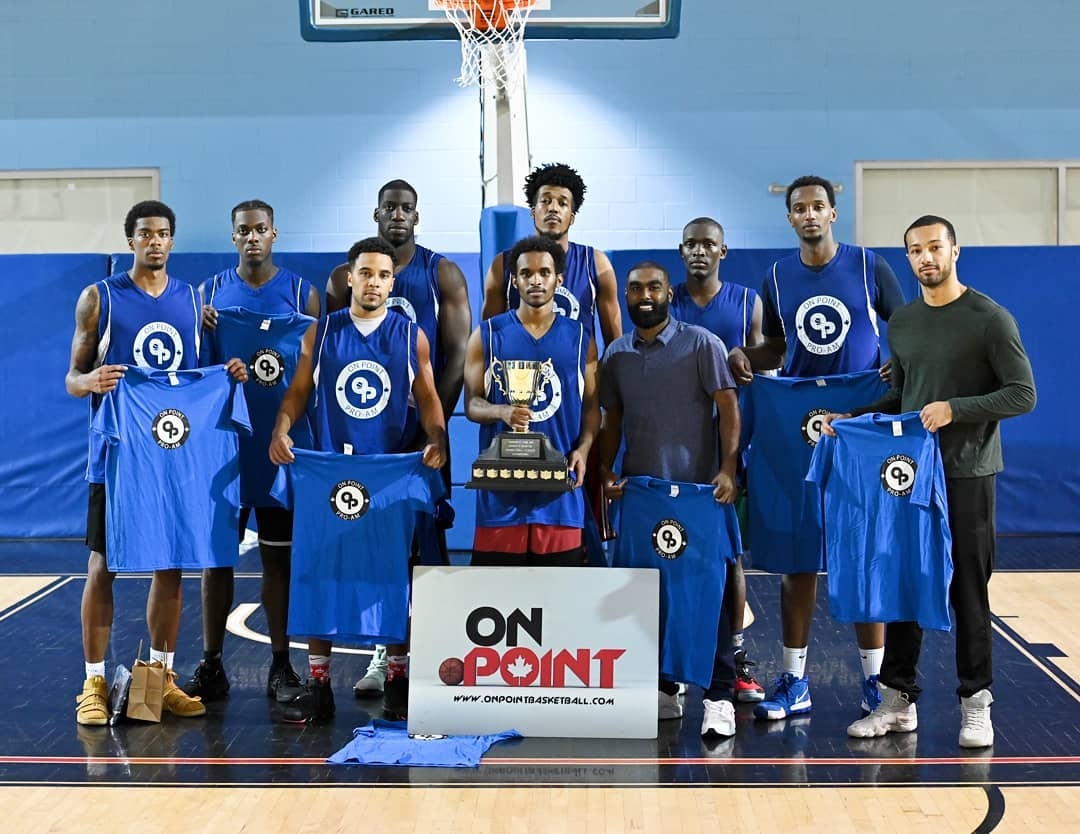 By Kajan ThiruthanikasalamAugust 1, 2019No Comments

(Toronto, ON) So the third annual On Point Summer Pro-Am came down to two teams…Toben and X-Men.

For X-Men, this was their first ever appearance in the championship game. This sort of atmosphere, meanwhile, was nothing new for Toben as they made it to the final for the third year in a row.

The last time Toben and X-Men faced off against each other, head coach Ryan Xavier’s team was up by almost 20 but a 14 point second half led to an epic collapse, losing 64-61 to the defending champs in what was the second game of the season for both teams.

On Sunday night at the Pan Am Sports Centre, X-Men made sure that history would not repeat itself twice, as they won their first ever On Point Summer Pro-Am title, winning 112-106.

Toben started off strong, going  up 14-6 early on before X-Men clawed their way back into it, eventually holding a five-point lead at the half.

The first-time champions were up by as many as 14 (81-67) late in the third quarter before Toben cut it to four with 30 seconds to go in the game. However, it came too little, too late for any attempt at a comeback by then.

Ryerson Rams forward Jayden Frederick was named Game MVP and X-Men’s On Point Performer of the Game after dropping a game-high 30 points (10/17 FG, 3/7 3FG, 7/7 FT) to go with six rebounds and three assists.

Frederick had a ton of help, however, as four of his teammates joined him in scoring in double figures. Kevon Parchment stuffed the stat sheet with 24 points, eight rebounds and five assists while Yusuf Ali had 17 and a game high seven assists. Davion Parnsalu had 13 while Khalil Miller had 10 and was a terror on the defensive end with a game high four blocks.

Theon Reefer led Toben with 28 points (12/24 FG, 3/10 3FG, 1/1 FT) and was named his team’s On Point Performer of the Game while Tevin Findlay had game-high 10 rebounds and a team-high 6 assists, along with scoring 23 points. Denny McDonald and Chad Bewley each scored 16 to round out Toben’s double digit scorers.

Thank you all for coming through to the On Point Summer Pro-Am over the past two weeks and we look forward to seeing you again next summer!

Written by Kajan Thiruthankikasalam. Check out Kajan on Twitter.